Who are we really?

Before I turn in tonight, I wanted to share this thought that has been bugging me all day. Tomorrow we go to the polls in what could turn out to be a very important day in the history of this country.

One, where we as Canadians, will decide what kind of country we wish to be defined by.

I am talking about what kind of philosophy we wish our leader to employ.

Do we want a leader who campaigns by using fear and intimidation. By telling us that the other candidates, if elected, are not ready to lead, or will destroy the economy and that we are all doomed if we vote for them? Or do we want a leader who campaigned about hope and optimism for the future? By leaders who did not raise ugly scandals as an issue even though they could have easily.

Do we as Canadians wish to believe that there is hope for the future and that our leader is the kind of person who is forward thinking and is full of hope and optimism? Or would you rather have a leader who is non inclusive, secretive and seemingly has a bad judge of character?

I for one will vote for hope, being kind to my fellow man and forever optimistic that we as Canadians can overcome anything, and will not let fear cloud our better judgement.

Hollywood has finally run out of new ideas for movie plots. They have been rehashing stuff for a number of years now with remake after remake and a slew of sequels.

But Red Dawn? Really? Has it gotten that bad that they must resort to re-hashing a 80’s b-movie that was so bad it didn’t even make cult status? Part of the reason it sucked was that it was entirely unbelievable, even then, that the mighty Soviet army could possibly invade US soil while avoiding a nuclear war. Now they want us to believe that North Korea has the wherewithal to do so?

Please. If you made it Independence Day silly, maybe. If you added some serious sci-fi, ok.
Maybe if they threw in Stallone or Arnie we could get our heads around it.

What’s next I wonder? A sequel to little shop of horrors? Chinatown the musical?

Maybe if Hollywood farmed out it’s pictures like America has done with every other industry there might be some hint of originality.

Posted in Really Annoying | Comments Off on It’s official

Danielle Smith’s  tolerance of her members religious bigotry, I find intolerable. Her brushing off such heinous remarks by members of her own party only proves how intolerant of other cultures and lifestyles she is. How can you vote for such a party in good conscience Alberta?

She wants to move Albertans’s off the Federal Old Age Pension! Hey, that is MY money lady. I have spent 35 years paying into that and it is FEDERALLY mandated, you cannot legally touch that anyway, so WHY make such a ridiculous promise? HANDS OFF!

People, just because you wish a change, do not be tempeted to use the Wildrose party as the alternative. You can achieve change within the current government by pressuring your MLA’s to change the way they do things to your liking. You are taking the lazy way out just voting them out and hoping the next party is any better. They are not! Remember Sarah Palin. Danielle Smith is no better. She is just a pretty face hiding a world of ugliness. 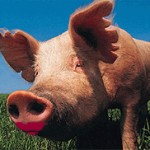 You can put lipstick on a pig, but people, it is STILL A PIG.

Posted in Canadian Politics | Comments Off on Still A Pig

Wake up and smell the coffee Alberta before it is too late.

Danielle Smith wants to make our country our own little republic of Alberta and screw the rest of Canada. She wants to opt out of old age pension. She also wants to privatize both public education and health care.

Many of the Wildrose members hate minorities, natives and other cultures. Next she will want to invade Saskatchewan for their resources.  Many members of my family fought in WW2 and so did many of my friends families to get rid of such right wing zealots. Now we are thinking of electing one of them????

Albertans, wake up and see the wolf in Sheep’s clothing. Are we so well fed that we have forgotten ho to share with others and be tolerant of other cultures? Is this what Alberta is being reduced to. Albertan’s used to be know for being hospitable and friendly. Now are looked upon as greedy and intolerant. This oil resource is for ALL Canadian to share.

Just because you wish a change is not a good reason to elect one who leads a party of right wing Christian zealots who are very hypocritical. No? Think I am crazy? Fair enough, but think about this… For a party full of Christians who’s religions beliefs include share with every one and what’s mine is yours and love thy neighbour, they sure act the opposite when it comes to sharing the riches of Alberta’s oil resource. Now it is screw the rest of Canada it’s our Oil! Makes me embarrassed to be an Albertan.

Posted in Really Annoying | Comments Off on Wake up Alberta 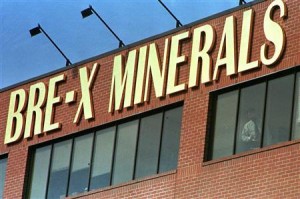 Posted in Really Annoying | Comments Off on Ticket Phishing

I am primarily a web developer by trade and have found WordPress to be a wonderful medium to develop in.

I am a Webmaster at the Calgary Herald and I also develop for Qball Webservices. Plus I am involved with many other projects.

Given all that time devoted to the web, I never seem to have time for my own projects or website. This is an attempt too rectify that. 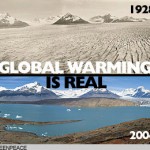 As I get older, and hopefully wiser, I have noticed I am becoming more aware of the inequities in life and society. I find it frustrating that I cannot do anything about this and I also feel alone in these frustrations. I hope that by reaching out in this medium, I may find a realize for these frustrations and hopefully some allies along the way. 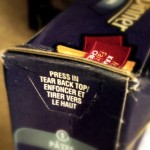 That is not to say that everything that bugs me is heavy. Sometimes they are just everyday things that you wonder why no one has ever bothered to fix them.
Things ranging from how our politicians cannot understand the urgency of global warming or climate change, to why the perforated open tab on a box of Kraft Dinner is impossible to puncture.

Posted in Really Annoying | Comments Off on About this site